So today’s post is kind of a two posts in one deal… but humor me and read it to the end.

When the Chipotle video came out I wasn’t going to say much. I wrote this post. I planned to leave it at that. It’s not that I didn’t want to say more, I just don’t want to be known as a person who is always taking this company or that company to task over something I find offensive.

…And then I got a message from a fellow Wisconsin Dairy Farmer, who happens to supply the milk that makes the cheese that goes into Chipotle’s burritos. I was intrigued to hear her farm’s story. After a great phone conversation, I asked my new friend Christina to write a post for me that shared her point of view as one of Chipotle’s suppliers. This is her post-

I first learned of Chipotle’s new Scarecrow video through Dairy Carrie’s Facebook page.  As one of her followers I look forward to reading her opinion and appreciate that she keeps fellow farmers along with the general public up to date about agriculture hot topics.  Her most recent post hit a nerve with me, but not the same nerve it may have hit with you.  You see, my family produces milk that goes to a local cheese factory that makes cheese for Chipotle Restaurants.  I want to thank Carrie for responding to my Facebook message on this issue and allowing me to express the opinions of a farmer who is working firsthand with the restaurant.

It all started about a year ago when our dairy marketing representative approached us about participating in Meister Cheese’s Animal Friendly Family Farms program which partners with Chipotle’s Food With Integrity program.  We rotational graze our cows, and he thought we would be a good fit.  After explaining the program’s Standard Operating Procedures (SOP’s), we agreed to have a representative from the cheese plant visit the farm to see if we would meet the requirements.  Most of these SOP’s were things we were already doing.  Such as making sure cows were above a 2 in body conditioning scoring; having no animals above a 3 on the locomotive scorecard; no tail docking; not using rBST; having access to pasture but shelter during inclement weather; and taking care of sick animals according to labels on antibiotics and with the help of a veterinarian.  Okay, so SOP’s is language used on farms, but it can also be used in other industries.  Basically it outlines how things are to be done.  Think of it kind of like an instruction booklet.  Everything fell into place, and we signed on.

Over the last past year, Chipotle has sent representatives three times to tour the farm.  One of the first questions I ask is what is their connection to agriculture?  This is important to me because I feel that in order to fully comprehend what we do the representatives or inspectors need to have a basic understanding of agriculture.  The first representative was in April.  He was in independent inspector hired by Chipotle who had experience in meat inspecting and ranching from out West.  We had a good conversation as he explained what Chipotle was looking for in their dairy farms, and we explained how we raised our cows.  It was a learning experience for both of us.  Then sometime the first part of summer another representative who was a Chipotle employee came for a visit.  He was an organic beef and grain farmer from Southern Illinois.  I hope you are starting to see a pattern here.  Chipotle is using people with agriculture backgrounds or farmers themselves to promote their Food With Integrity program and check up on current farms participating in the program.  I think that is great.  They realize they need to have experts in that area do the work for them.  For that I give Chipotle a pat on back.  Toward the end of July we had a third visit from another Chipotle employee.  Unfortunately I was out of town that day and my husband conducted the tour himself.  He doesn’t remember too much about the guy.  I’m the one always asking their background.  My husband just gives tours.  This time though he left us with coupons for free meals at Chipotle.  These coupons are like baseball cards.  One side has a picture of a farmer growing food for their restaurant, while the back talks about the farm.  See pictures below of the front and back of the card.  Wow – what a positive marketing idea to connect the consumer with where their food comes from. 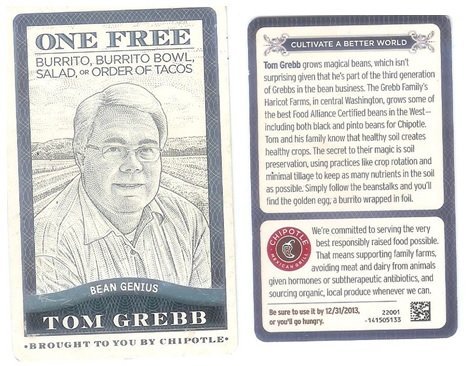 Yes, I am disappointed that Chipotle is using a video such as Scarecrow to get their Food With Integrity message across.  They know firsthand from their visit to my farm that cows are not kept in a box.  But on the other hand I am proud of them for the positive things they are doing, such as employing people with an agriculture background and developing those trading cards.  Chipotle is marketing their restaurant towards a niche market.  Niche marketing is not new to the agriculture industry.  I feel Chipotle has made a good start, but took a wrong turn when they released their Scarecrow video.  I would like to see them release some videos along the same lines of those trading cards where they take consumers on a tour of the farms producing the food they serve in the restaurants.  Those of us in the agriculture industry need to keep praising Chipotle for the good things they are doing, and educate them on what we do so they can accurately communicate with their customers where food comes from.

I am glad to know that Chipotle does walk the talk when it comes to ensuring the farmers that supply their resturants fit their criteria. I think Christina did a great job sharing her perspective as one of those farmers. We both agree that a company is always better to promote what they love rather than bashing other ways and ideas. Chipotle didn’t have to go down the road of bashing agriculture, but they did. Once again we have another company using fear to market their food. Not OK.

However, according to several facebook posts, their video wasn’t even about portraying their idea of modern animal agriculture practices. 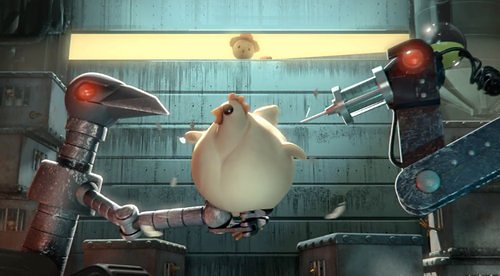 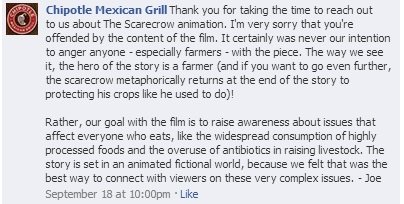 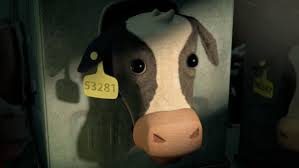 I decided to make up a little survey about the video, I did my best to make sure that my questions weren’t biased and I sent the link off to some non farm friends and asked them to send it on to people they considered to be middle of the road. I asked my friends to not share who I was or why I was asking.

Out of the 17 people who responded only 1 person had seen the video before this, 6 said they were Chipotle customers.

Here are some of the thoughts they shared-

What do you think about what this video shows?

“How lifeless corporate farming is”

“Shows us what we believe to be all natural isn’t really all natural. Being better consumers and knowing where our products really come from and what goes into them.”

“Sad, we are losing farmers, and the knowledge of how to raise these food groups without fancy equipment.”

“It’s commentary on the price of “plentiful, quick, and cheap” in our food markets these days. Our social norms, over the last few decades, have shifted into overdrive, with little room to sit back or stop for a moment’s rest. It seems that if you are not busy, you are doing something wrong. Expedited production of service has suddenly correlated with expedited consumption of product. The half hour dinner around the dining room table with family has evolved into leaning out your car window, while the engine is still running, and barking your order into a speaker. Such a demand for “now” has resulted in enhancing the products that provide the “now” in ways that can be considered inhumane.”

“That the world is mass producing animals for food.”

“I think the video shows food represents food companies who mass produce operate, specifically animal based products. Livestock are raised in deplorable conditions and altered to extent that their nutritional value is questionable. The latter part of the film shows the Scarecrow, representing the individual, raising and providing an alternative and better food source. Scarecrow represents the trend of sustainable farming which promotes provides food that is more ethically, economically, and nutritionally sound that mass produced food.”

What is your chief concern about the food produced in America?

“That it’s nothing close to what we had in previous generations. You hear every day about things like “pink slime” and genetically altered animals and food, even to take it a step further, unless you buy heirloom seeds you are getting hybrid plants, plants that have no real relation to the plants of our fathers and our father’s fathers. At what point do you get to the time when it’s not even “food” anymore? If you keep altering it, I can’t see how a person can keep calling it “food.”‘

“Unhealthy in more ways than one: physically, culturally, & spiritually.”

“The extra hidden stuff that is in them that we aren’t really aware of unless we dig for it.”

“That animals are kept in poor conditions and pumped full of garbage to make them bigger.”

“It’s all not natural there giving these animals steroids and other things to make it more we have enough feed these animals wht is normal, n we wonder why ppl are the way they r now a days”

Maybe we should all just hope that this is what people really see? 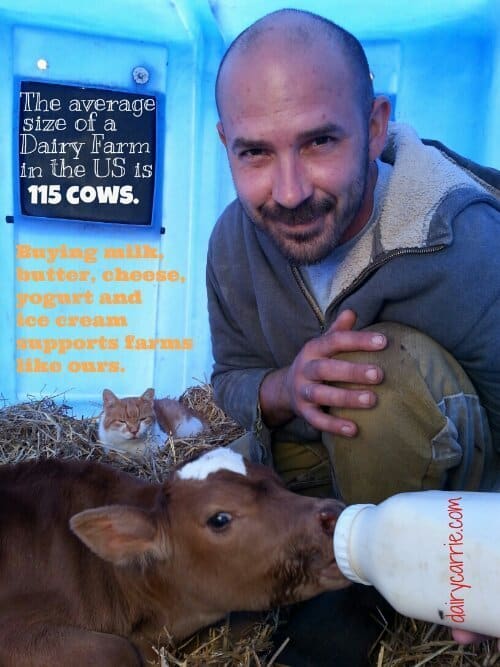 Previous Post: « Duh Chipotle, the udder is on the bottom of the cow, not the side.
Next Post: Pain you can’t even imagine. »