It’s the time of year to look back and reflect, December is the time for the internet to be littered with all kinds of year in review remixes and lists. Like most of you I’ve seen all I need to see of 2014’s bro country hits, so let’s take it back a little farther, shall we?

In 1994 I was a super geeky middle school kid in Madison, WI. Part of what made me super geeky was my love of country music. Looking back I know the truth… I was country when country wasn’t cool.

So here are the top 10 Country songs of 1994 for you to take a little trip down memory lane!

I’ll be honest, in 1994 I didn’t have Ace of Base or Boys II Men posters on my wall, Clay Walker smiled back at me each morning from his place of honor on my bedroom wall. 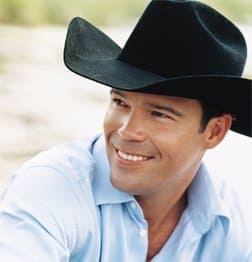 Well hello there Mr. Walker! I must say, my middle school self had good taste in hot guys.

Not only was this song catchy, it contained sage advice. “Gonna do my dreaming, with my eyes wide open. I’ll do my looking back, with my eyes closed”

Except for the purposes of this post, let’s look back with our eyes open, because… video.

Back before Garth Brooks and her own cooking show on Food Network, Trisha was belting out songs about life getting in the way of love. She released this song the same year she married husband number two. No not Garth, the one she cheated on with Garth. Maybe if husband number two would have taken his wife’s hit song to heart they would still be together today and we could have all been spared the uncomfortable feeling we get when we see Garth and Trisha sing their hit song about cheating spouses, “In Another’s  Eyes”

While there wasn’t an official music video for the song, this video provides handy visual clues if you’re unsure what the song is about.

On this whole list, I think this song is probably the closest thing you’ll get to the bro country of today and it’s so far from bro country even typing that was hard. Unlike today’s country, this song includes fiddle, twang, lots of overalls and references to the United Nations.

So what does it have in common with bro country? Trucks, mud and hoping to get a cute girl on a date. Yet it stays countryfied classy. Take note bro country, you can do better!

When a guy from Tulsa who started singing at age 4 sings a rocking song about what happens when people behave badly in a small town, you know he knows what he’s singing about. The mullet just makes it even more believable.

Clay makes the top 10 list again and I’m not mad about it. This song was topping the charts 2 years before Clay Walker was diagnosed with Multiple Sclerosis. 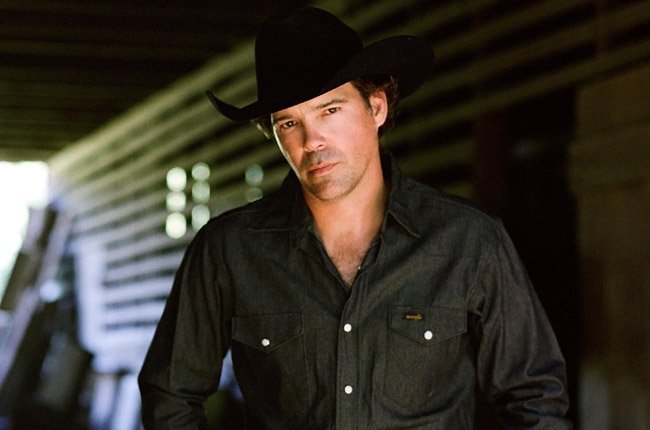 Oh look! Another gratuitous photo of Clay Walker. This one represents his mysterious and dark side.

5. Shut Up And Kiss Me- Mary Chapin Carpenter.

Far from the Texas, Kentucky, Mississippi and Georgia born street cred that the other members of this list have, Mary Chapin Carpenter is a New Jersey girl who lived in Japan for part of her childhood. In 1992 Mary Chapin Carpenter released “He Thinks He’ll Keep Her” and situated herself as the kind of woman who takes charge. Her 1994 single telling her man to just shut up and kiss her was affirmation. If you needed more convincing of this fact, her performance and outfit at the 1994 CMA Awards should convince you.

P.S. Did country singers not have stylists in 1994?

What else can you say about this video other than, remember when Faith looked like this? Of course you do because other than the hair she looks the same today. Her husband Tim McGraw has attempted the same feat only to end up looking like a tanned leather car interior.

1994 was a good year for Alan Jackson. Of course, married for 25 years, willing to stand up for what he believes in and oblivious to fashion trends, he’s the kind of guy that you hope every year is a good year for.

Not only did Neal McCoy bring this song to country music, he brought diversity to the genre as the only Irish Filipino being played on country radio in 1994… or possibly ever.

Sometimes adding a little twang to your country changes the meaning of the song entirely. All I know is that I can’t be the only one who hears Neal sing, “Give me that Waaank”.

Although there was an official music video for this song, it doesn’t seem to exist on the YouTubes. So here’s a video of a live performance… Be warned, the crowd is so into it that they just can’t stand it.

Quick, do a poll of anyone you know that was married in 1994-1996 and ask them what their wedding song was. I’m betting more will answer with this song than any other. Not only did this song top the country charts, when the R&B/Pop group All 4 One released their version of “I Swear” a few months later, the syrupy sweet song was number 2 on the Hot 100 list. I suspect it also topped the list of wedding DJ’s most hated songs around the same time. In 1994 there was no escaping this song on your radio.

So there you have it folks… 20 years ago in 1994, these were the songs that country radio had on repeat.

Previous Post: « What do you buy a farmer for Christmas? My 2014 Gift Giving Guide.
Next Post: Baileys Irish Cream Truffles Recipe. »