On Sunday, I went to the grocery store. Not earth shattering news by any means but something that I tend to avoid until we’re down to nothing but cheese (we NEVER run out) and assorted condiments that don’t work as meal replacement drinks, no matter how high powered your blender is.

The thing is I used to love grocery shopping. As someone who loves eating, cooking, smelling, dreaming about and thinking about food, the grocery store should be like heaven to me. Granted, I think heaven is probably not going to have toddlers in full blown no nap meltdowns or people who park their cart in the middle of the aisle while they inspect the ingredients on no less than 6 Uncle Ben’s rice packs, but you get the idea.

So why is it that I have gone from loving the grocery store to hating it?

Take a walk with me through the grocery store and see what I see. 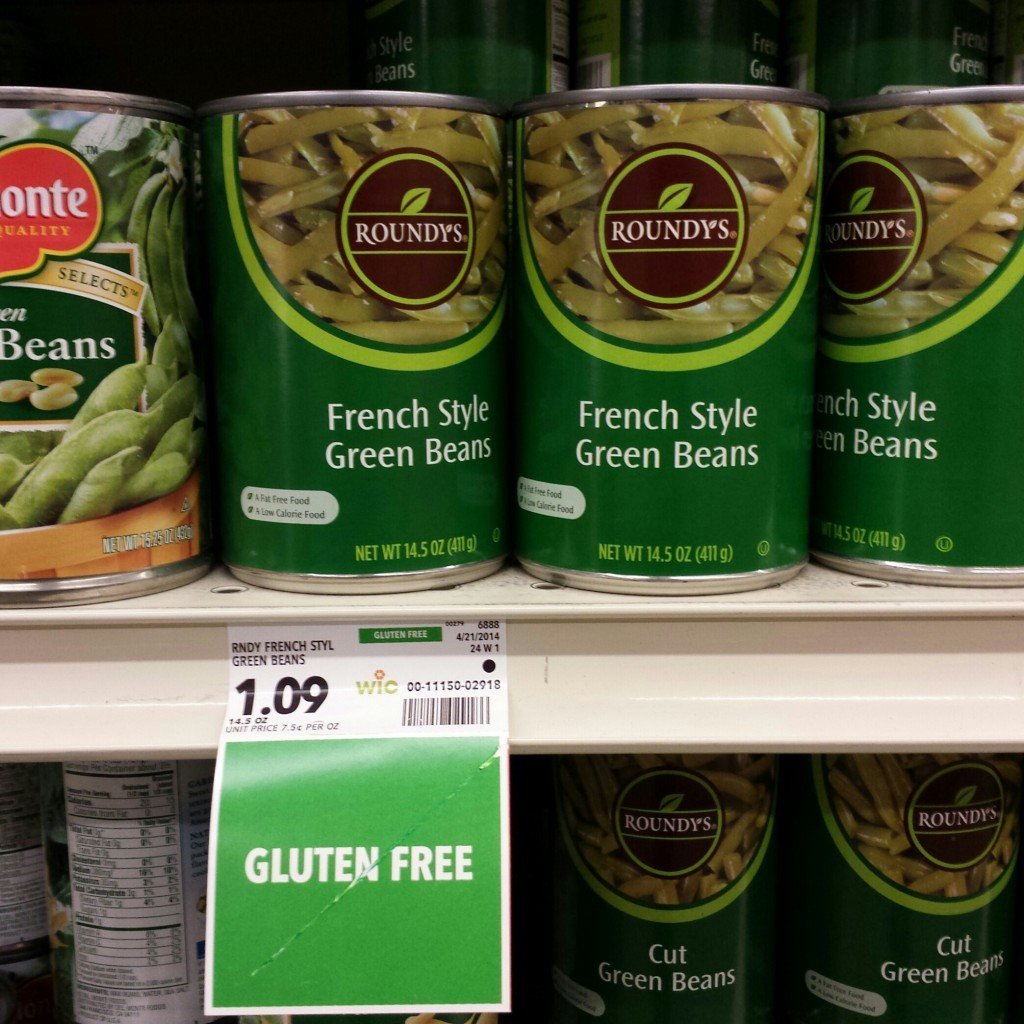 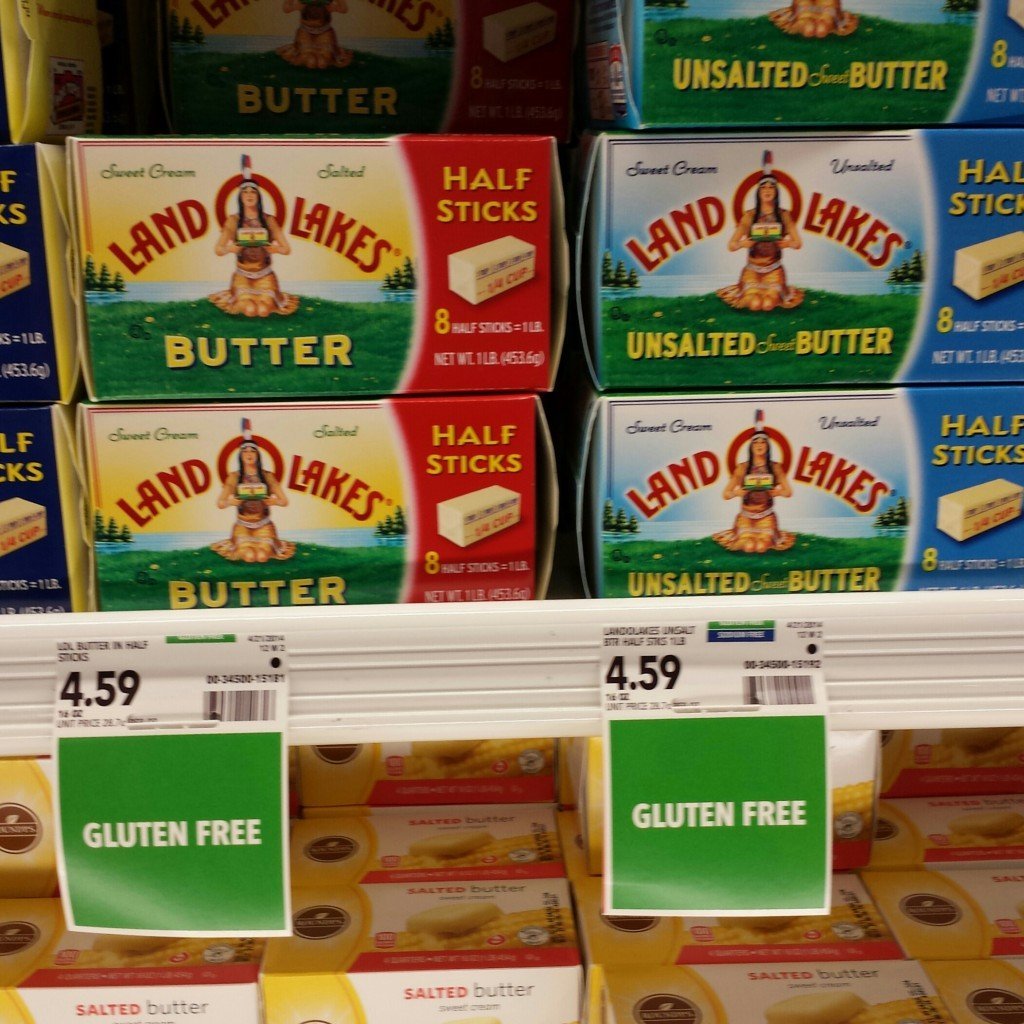 Woot! Gluten free butter! Wait… what!?!?! Land O’ Lakes butter is tasty enough, no need for the grocery store to stick a silly label on it.

Going gluten free seems to be the newest health craze. I have good friends that battle IBS and Celiacs disease and I understand fully that making diet modifications can increase quality of life for many people. At the same time I also see people online claiming that GMO wheat has made them gluten intolerant and I want to scream “THERE IS NO GENETICALLY MODIFIED WHEAT GROWN COMMERCIALLY. TRY AGAIN!” Those are the people who make the people who truly do need to avoid gluten look like raving lunatics. They are also the people who don’t understand that gluten, a component of wheat, barley or rye is not found in butter or green beans. 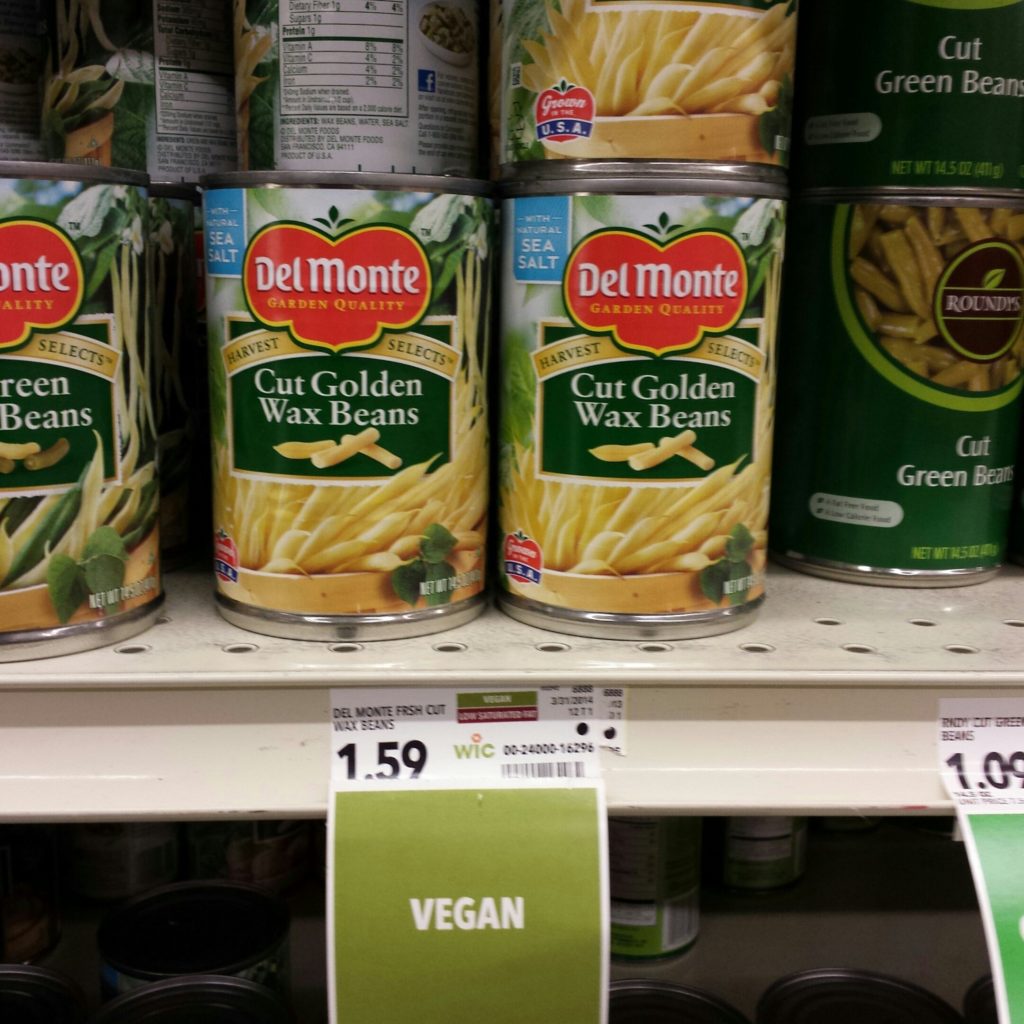 I guess this means that no bugs were harmed in the making of these beans? At first I just laughed at the silliness of it but then I realized that maybe they added this tag because people thought that wax beans contained actual wax, like from bees? And then my head exploded. It’s hard to type after your head explodes. 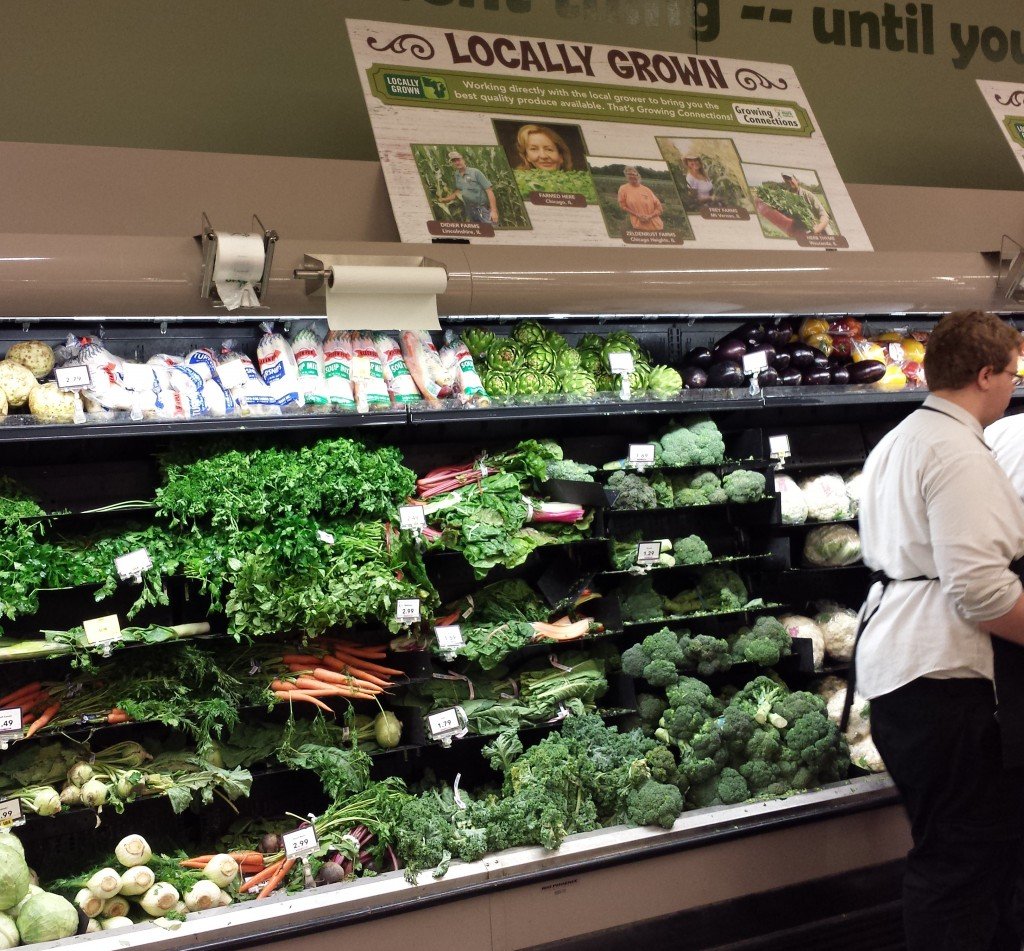 I love local farmers and local food! Why would this sign make the cut? 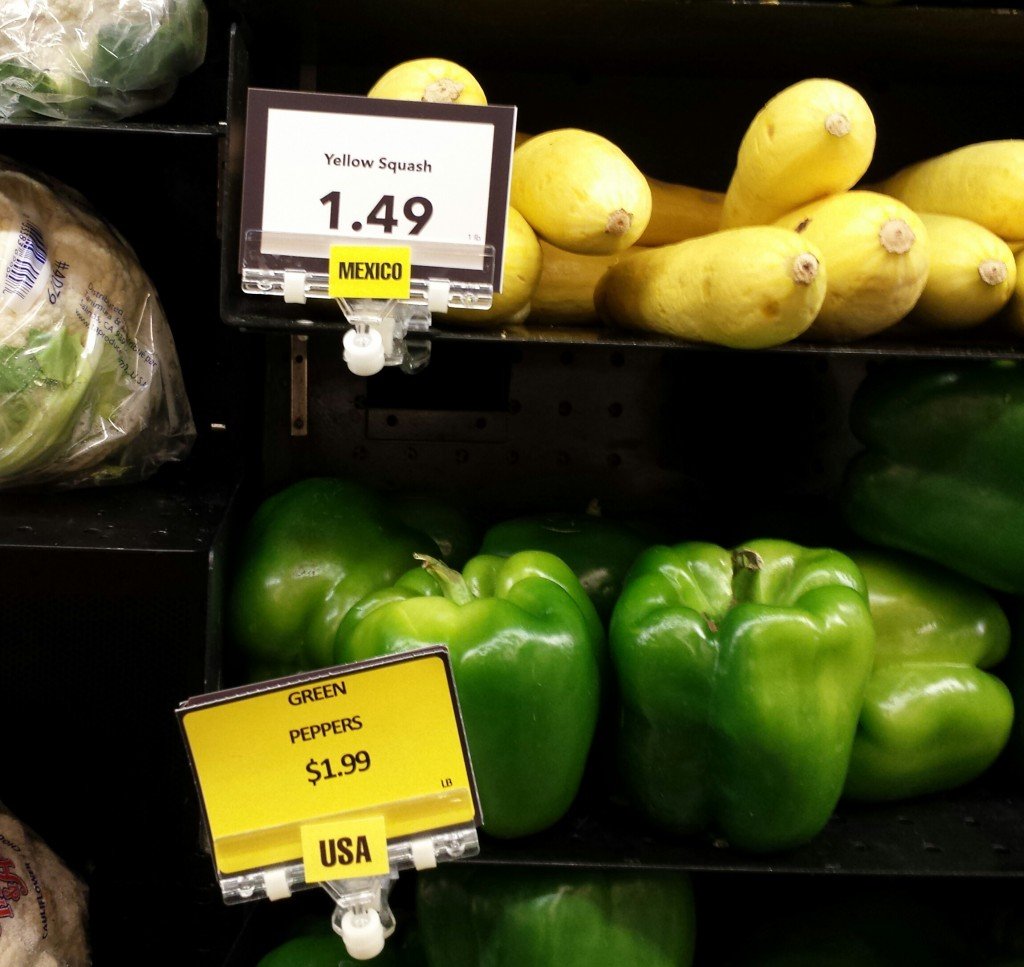 I love our local farmers markets. I love people eating locally. I love my neighbors who grow produce and sell it locally. What I don’t love is a huge sign above produce that infers that the produce under the sign was grown locally. How do I know it’s not local produce? Well here’s the thing about the upper midwest in winter/spring, it’s freaking cold! Sure, you can grow hoop house spinach and some greens but your local grocery certainly isn’t stocking their shelves with carrots, celery and green peppers from Wisconsin in April.

Now before you go to the comments and write a passionate and angry argument about how there are hidden ingredients in food these days and that these signs help people quickly pick out foods that aren’t going to cause them issues of the intestinal or moral variety, hold please… All of these products include a list of ingredients on the side. If a company was to leave out an ingredient it would cause a massive recall of the product. Oscar Meyer can tell you all about that. Before I wrote this I stopped to consider that maybe I had overlooked something. I considered that maybe some butter did in fact have added gluten and that caused the fancy labels. However, after a google search all I found was sites that either said butter was gluten free or sites that said that butter was possibly gluten free and tried to sell you something, not exactly reliable. I found nothing claiming that wax beans were made with beeswax, and I am thankful for that.

So to answer the question I posed above, are grocery stores making people dumb?Well, they sure are encouraging people to stop using their brains, and I don’t believe that helps our society become smarter. What do you think?

Previous Post: « A little customer appreciation goes a long way…
Next Post: Have you heard about the Great American #MilkDrive? »