So yesterday, exactly 21 days after Norma was in heat, which I wrote this post about  finding Norma a bullfriend, Norma was again in heat. This means that her first breeding wasn’t successful and we needed to try again. This time I had my camera handy and got photos along the way. Probably needless to say, if you are offended by words like sperm, semen, vulva, cervix or photos of cow lady bits, you should probably go read this post instead. But if you are someone who wants to learn more and aren’t easily offended… Join me on a photo tour of our attempt to get Norma knocked up using Artificial Insemination.

First a short video to get you in the mood….. No, not that mood. 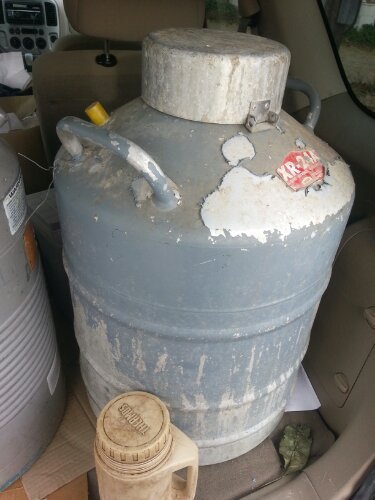 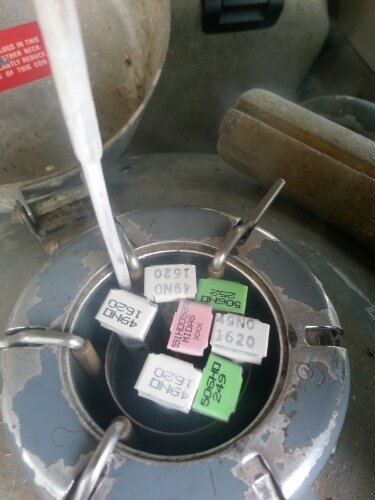 A semen tank holds canes of semen. A cane of semen usually holds 10 units of semen. Here you can see 7 canes of Holstein and Normande semen. Bulls are referenced by their numbers. 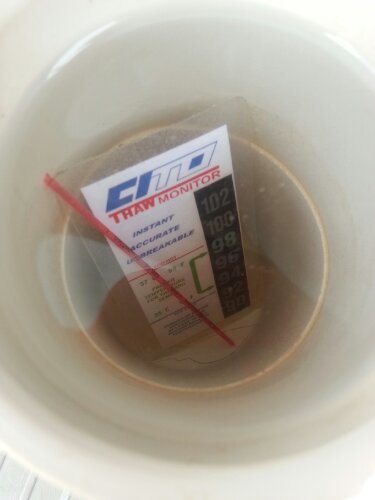 You thaw a unit (or straw) of semen in warm water to reactivate the sperm. 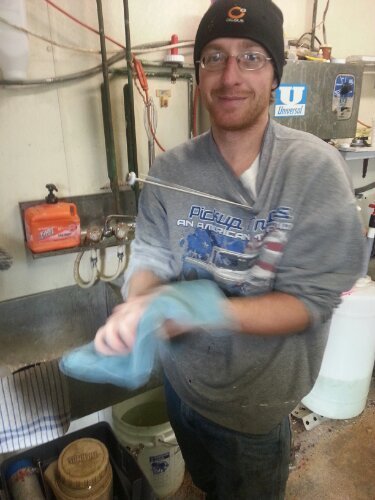 Everybody, say hello to Kevin. Kevin is the herdsman on the farm and will be the one breeding Norma today. The long metal rod is called a “gun” and it is how the semen unit gets into the cow’s uterus. He is warming it up both for the cow and to help keep the sperm alive. 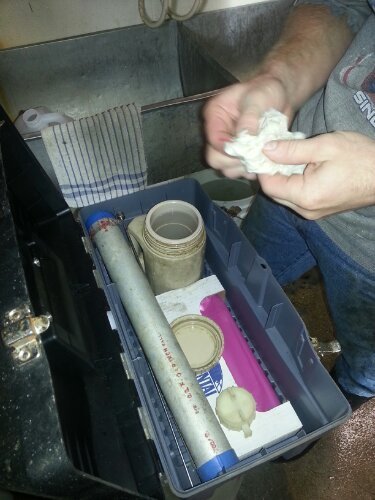 This is the breeding kit. A fairly standard kit for people who breed cows, it contains the thermos, a thermometer, long gloves, plastic sheaths that go over the breeding gun and a scissors for cutting the end off the semen unit. 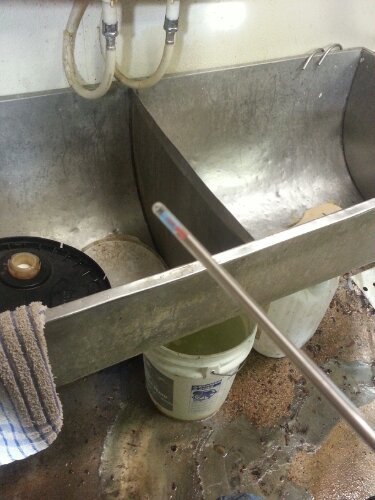 The end of the semen unit is cut off and the opposite end that has a fiber stopper in it is placed into the breeding gun. Then a plastic sheath that keeps the gun clean and helps stabilize the unit is slid over the top. 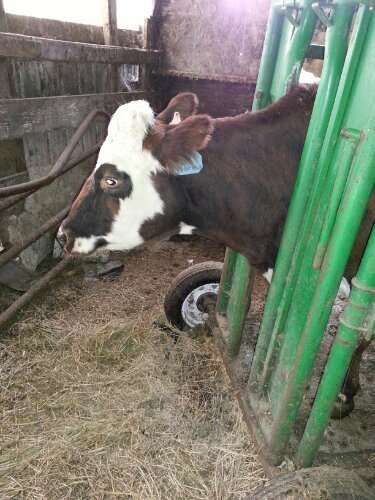 It’s important that Norma stay put while we are breeding her so she goes into the chute. 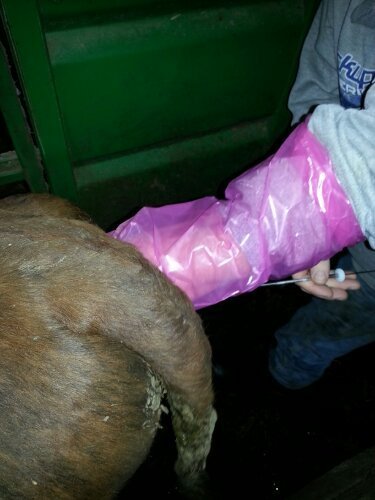 And here we go! This is a long glove required zone. One hand goes into the rectum and holds up the cervix. The other hand is on the breeding gun. 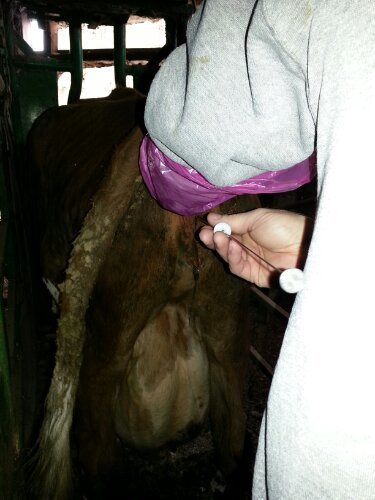 The tip of the breeding gun is inserted into the vulva. A cow has three rings in her cervix that you have to carefully navigate so that the semen is placed directly into the uterus. A shorter swim for the sperm means a better chance at pregnancy. 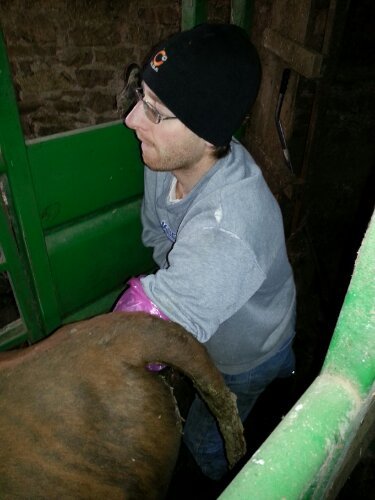 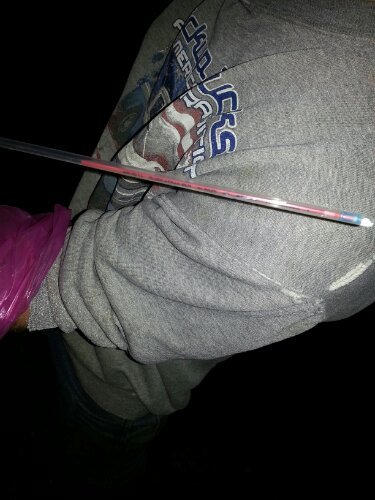 The deed is done! Here you can see the used straw in the sheath without the breeding gun. 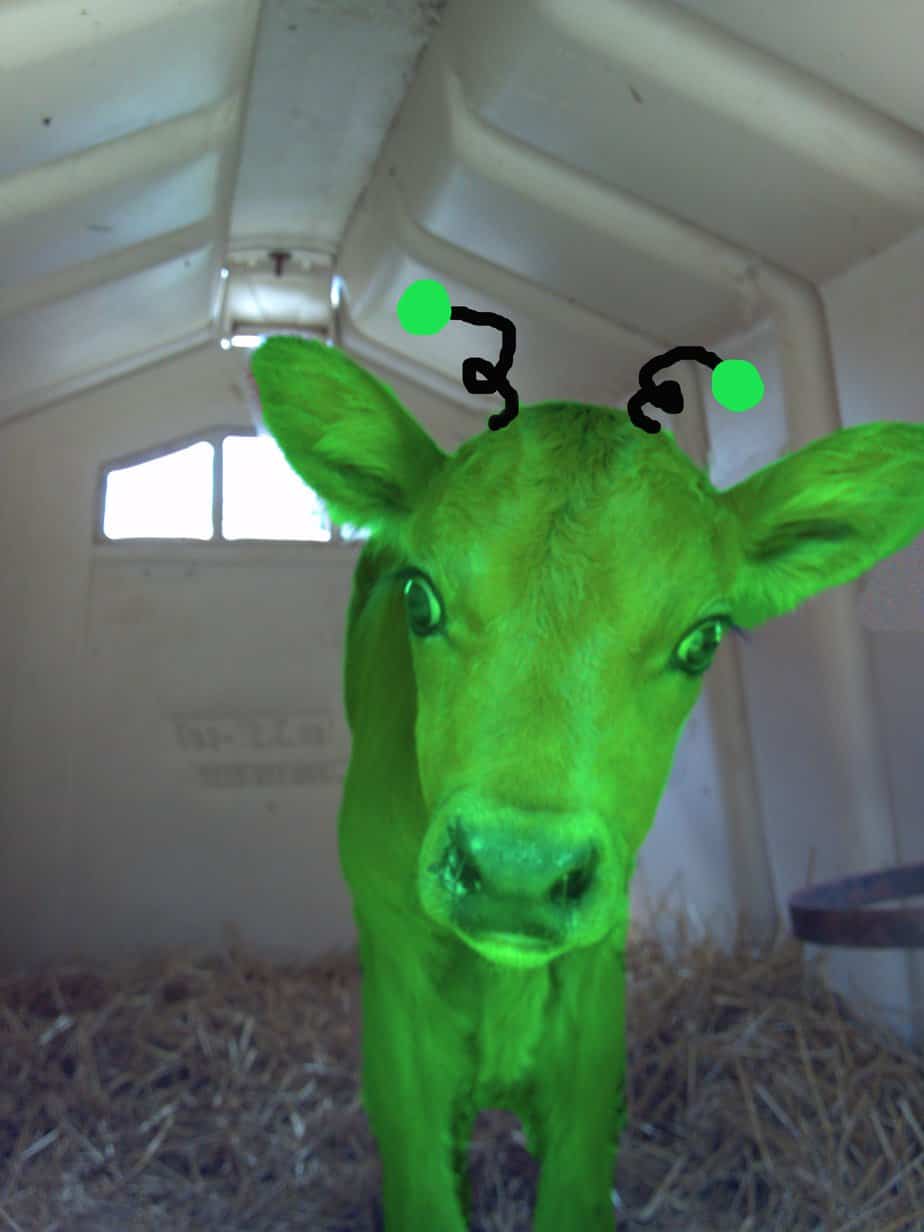