I thought it would go away. I mean a post like this one is so much bologna there should be no way that it would get spread around right? … Wrong! What am I talking about? This… 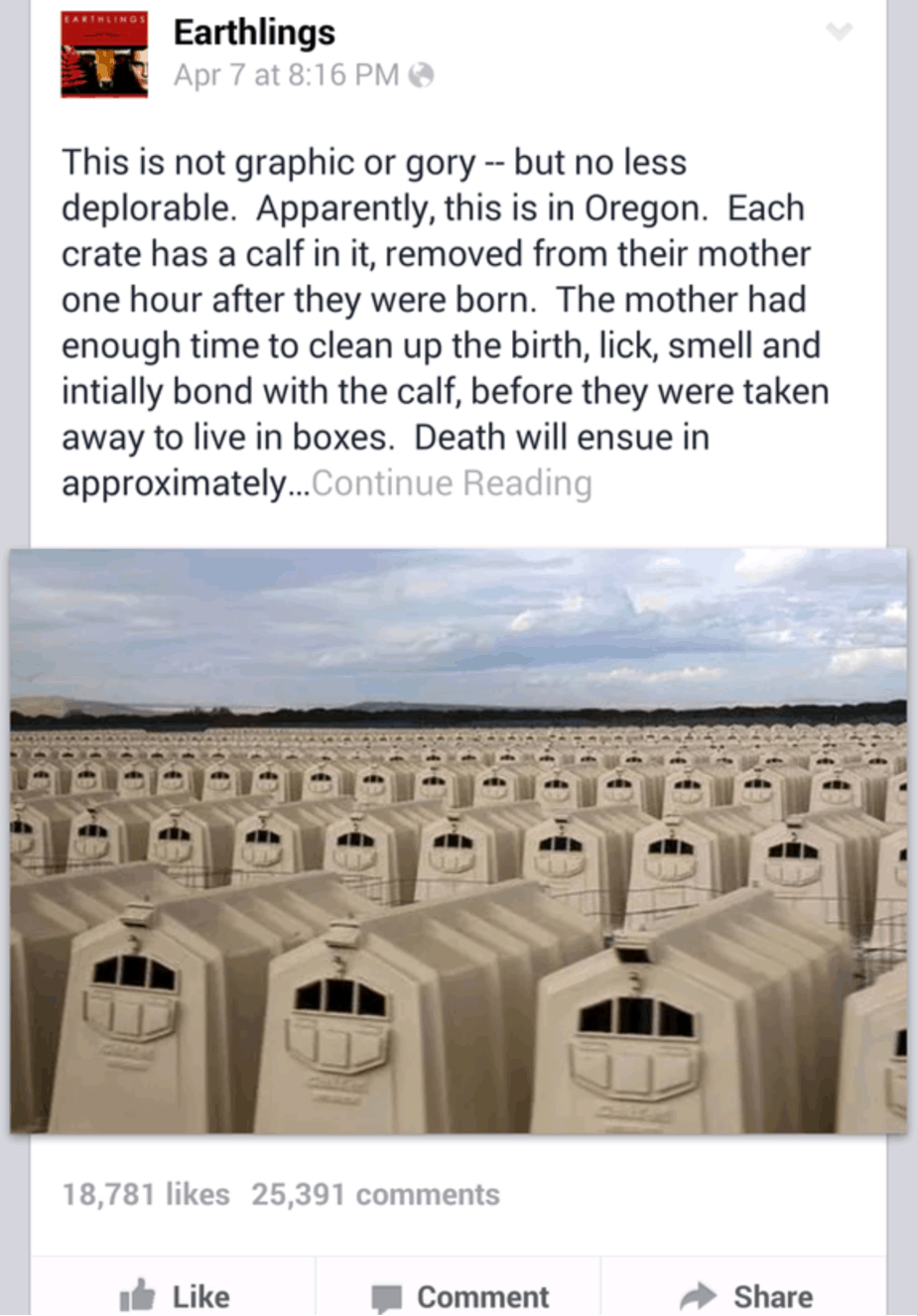 The movie Earthlings was released back in 2005, despite it’s almost 10 year old age, the promotional facebook page for the movie is still quite active. This particular post has been shared, liked and commented on since it was put out way back in April. Despite the post being a total fabrication, it appears to be one of the most popular posts on that page and has been seen by millions of people.

If you saw this post and felt shocked and saddened by what they were telling you, you’ve been had. Here are 6 ways that this post is lying to you. 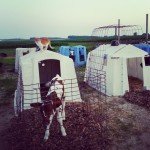 A calf hutch doesn’t look nearly as scary when you look at it from the front! 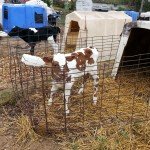 They are adorable, safe and happy. 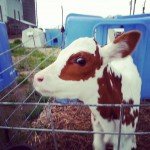 On the front of calf hutches are runs like this one. It allows our calves to have access to the outdoors and doubles their living space. If you look closely at the photo above you will see the runs on the front of those hutches too. 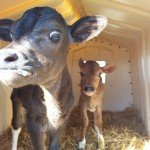 Exact same style of hutch as the photo above with a set of twins living in it. Two calves in the hutch and they still have plenty of room to move around. 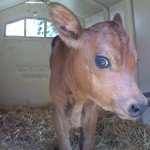 Same brand of hutch as above… yep, plenty of room for Happy to move around. 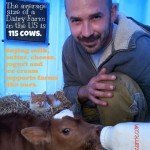 Hubs is 6’3″ if he can fit into a hutch with a calf, a cat and still have room left over, a calf can certainly move around in one. 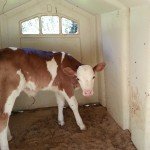 In the summer when its hot outside we skip adding straw to the hutches and the calves lay in nice comfortable sand. Note, this calf hutch is the exact same model as the hutches shown in the photo above. 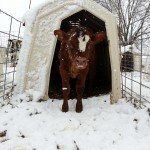 Calf hutches keep calves warm and toasty in the winter.

6.Make no mistake, Nation Earth, the group behind the ‘Earthlings’ movie and this facebook page wants your money. Even though the movie is almost 10 years old, they aren’t ready to stop milking their cash cow, which is the only kind of cow they care about. From the Earthlings website donation page-

“Nation Earth uses all funds raised to continue streaming EARTHLINGS online for free, to help raise awareness in other people and other organizations, to donate copies of the film to organizations and individuals, to continue activism in the animal rights field, to produce UNITY, and to help produce other educational media.”

The bottom line on all of this is that this post is the perfect example of people being able to make up whatever fits their agenda and use it to pull the wool over unknowing people’s eyes while making a grab at their pocket book. The post from Earthlings has been seen by millions of people and unfortunately the truth will only be seen by a fraction and that’s exactly why we need more farmers telling their stories and showing what really happens on farms.

P.S. If you choose to comment on the post, please be respectful. Many of the comments already there are perfect examples of how not to act online and they come from “our” side.