A couple of months ago I got an email that left me slightly confused and also intrigued. The email was an invitation to join a small group of bloggers from around the country to travel to Virginia and visit a Turkey farm. The email was from the marketing company that works with Cargill to promote their Honeysuckle White and Shady Brook Farms brands of turkey. The email mentioned that they were going to be making a big announcement about their turkey and wanted me to be part of it.

I’ll be honest, my first thought was that maybe someone hadn’t done enough research on me and my blog before they invite got sent. I had a pretty good idea that the big announcement would be something about Honeysuckle White and Shady Brook Farms Turkeys being antibiotic free. I figured that the nice people at the marketing company would find out about my open letter to Panera Bread last summer calling out their “antibiotic free chicken” marketing campaign and the ensuing outcry from farmers across the country and before my plane took off I would get an email saying that they were just kidding about wanting me to come.

That didn’t happen and I went to Virginia and visited a turkey farm. 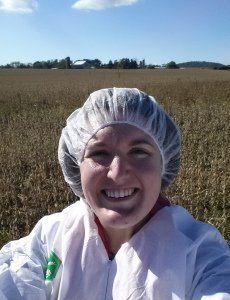 Before I get into the big announcement, and yes it does have to do with going antibiotic free, let me give you a quick photo tour of the turkey farm we visited. 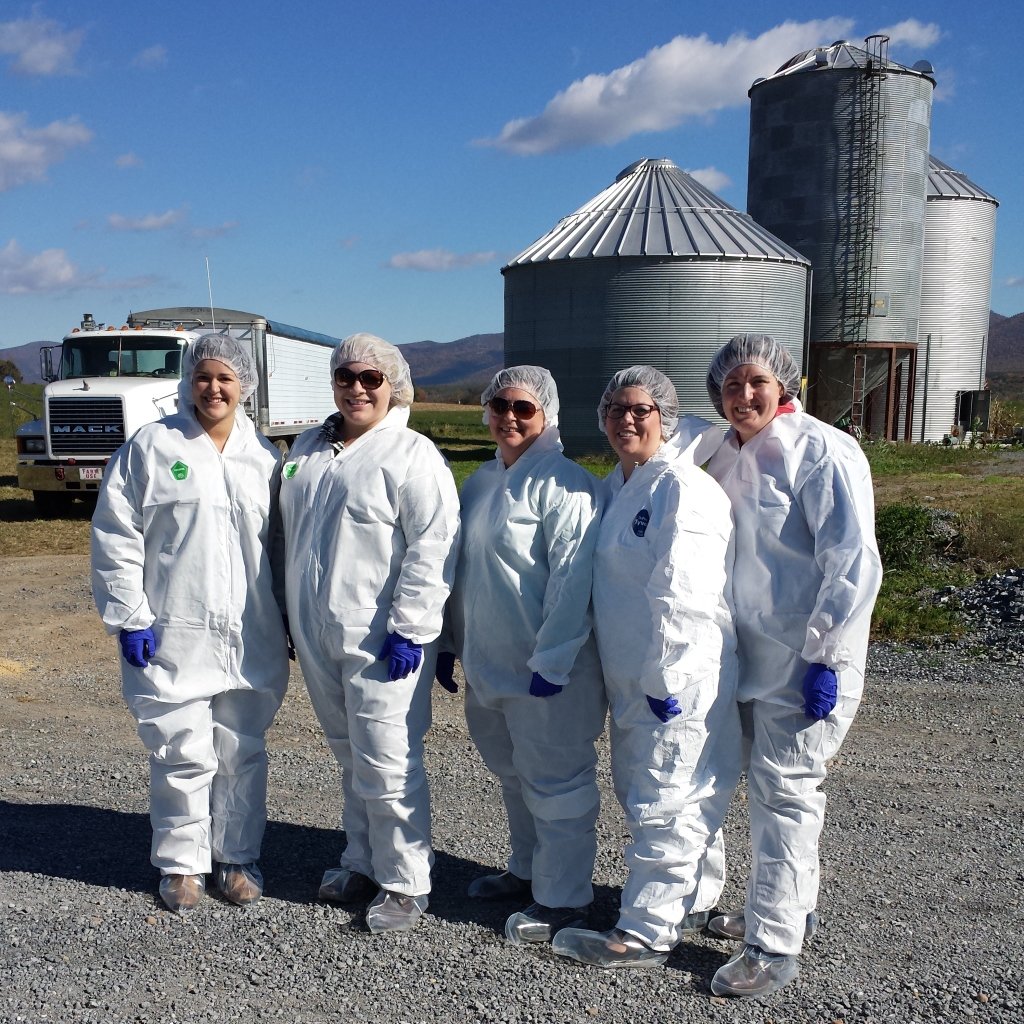 Getting to meet food bloggers from around the country was pretty cool! I must say, we make these white suits look good! 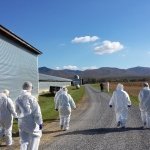 Ready or not turkeys, here we come! 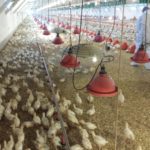 This is the inside of a turkey barn. The poults, baby turkeys are called poults not chicks, have ample room to move around and roam as they please. There are about 35,000 poults in this barn. After they reach a certain size the birds are moved from this barn to two other barns where they finish growing.

Hi little dudes! I have to admit, the whole half fuzz and half feather look is not the most attractive look. I call this the awkward teenager look. These poults are about 3 weeks old. 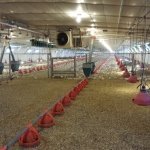 The red circles are the feeders for the poults. There are turkeys on the side I am standing on but they were a little freaked out by the herd of marshmallow people that had invaded their turf and they moved out of the way. 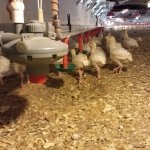 This is where the poults drink. 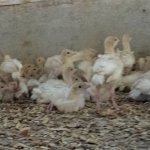 Turkey poults spend their time a lot like our cows do. Pretty much hanging out with their buddies, eating and sleeping. They don’t really care much for standing still for pictures. 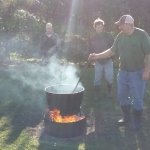 After the tour we all headed to the house for a treat! Glenn makes amazing kettle corn and we all stuffed ourselves silly on it!

The farm we visited belonged to Glenn Rodes and his family. The farm raises about 280,000 turkeys each year. While the Rodes family sells their birds to Cargill for their Shady Brook Farms’ brand, the farm is very much owned by the family. Glenn’s brother owns a dairy farm right down the road and the family also grows crops and does custom harvesting for other farmers in the area. After seeing all the things that this family has going on I was surprised when Glenn told me that the farm had zero non family employees. In addition to caring for the land and animals in his care, Glenn has a real interest in alternative fuel sources. The farm has installed equipment to help produce biodiesel from crops that they grow on their land. Glenn even has his own YouTube channel that you can check out HERE.

Before we toured the farm we were told the big announcement. Cargill has worked with their Honeysuckle White and Shady Brook Farms turkey farmers to end the use of all growth promoting antibiotics. Some of their farms have already stopped using antibiotics in this way and in 2015 the rest of their farms will join this new program. 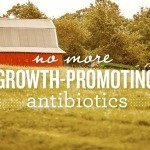 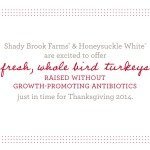 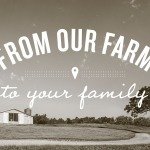 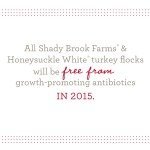 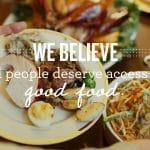 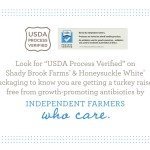 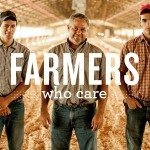 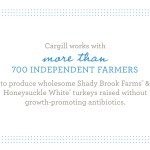 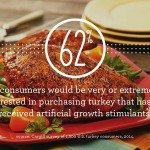 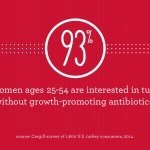 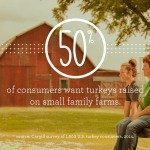 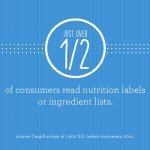 This announcement left me with several questions and I’ll admit that I was very skeptical. I had a lot of questions! There wasn’t a question I asked that they didn’t answer. Here is what I learned.

I haven’t done a complete 180 on hating fear based marketing, I promise. Knowing that it is illegal to give poultry hormones, it still bothers me that brands tout that they are “Hormone and Steroid free*. However after a recent trip to the grocery store I decided to cut them some slack when I discovered that there wasn’t a single brand of turkey or chicken that did not contain this little marketing gimmick on it’s label. Until we have better regulation of marketing clams, that’s just not a fight that we will win.

I’m glad that Cargill has decided to be proactive on this front. While farmers may bristle at the notion that agriculture is responsible in creating “super bugs” we cannot stick our heads in the sand. If stopping the use of antibiotics in this fashion will in any way help to slow the rate at which multi-drug resistant bacteria is growing, it’s our responsibility to do so just as it is the responsibility of human physicians to be smarter about prescribing antibiotics.

Now on a lighter note, you know what goes great with turkey? Butter. It’s all about that baste.

Oh and if you’ve heard some of the foolishness that the FoodBabe has been spouting about Turkeys and something called “Ractopamine” take a minute to read this blog from an actual turkey farmer. She knows a lot more that a woman who doesn’t even science.

Previous Post: « Despite what Mercy For Animals wants you to think, we don’t abuse our cows. #RealWiDairy
Next Post: Humans of Agriculture- Doc’s Story. »