Imagine you were going to spend that $20,000 on jewelry.  What would you buy? Platinum or gold? Diamonds? Rubies? Maybe a tiara?  Maybe a necklace?

And the girls didn’t even get diamonds. 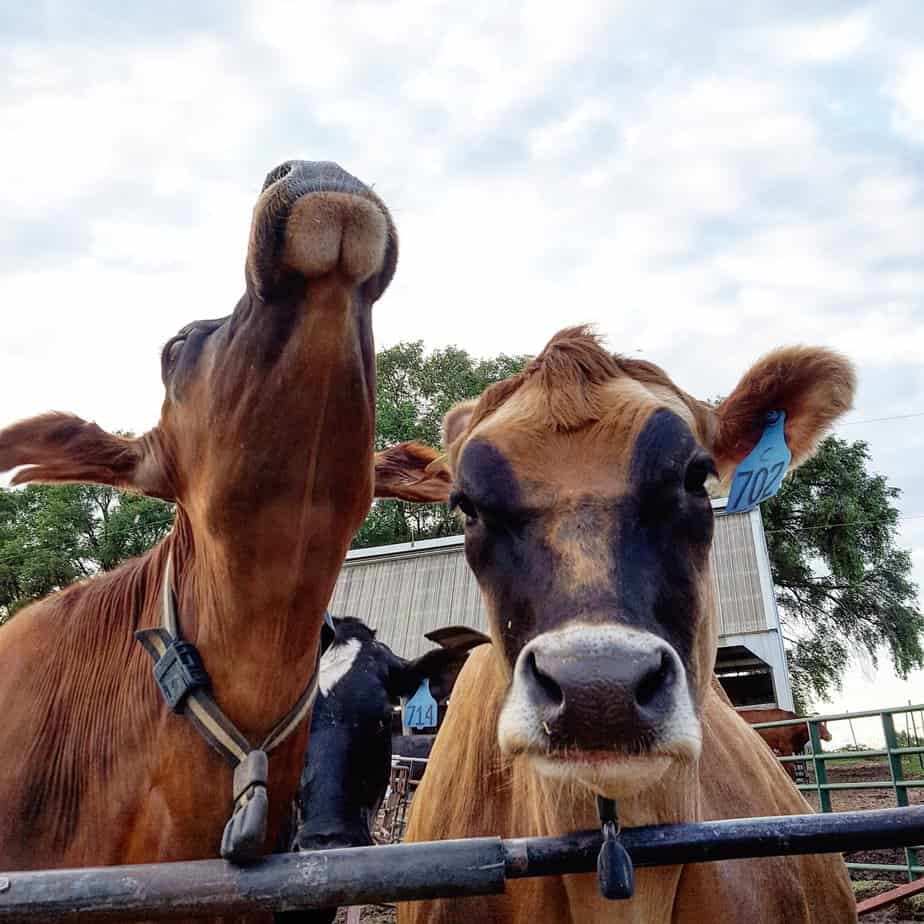 By now you may be thoroughly confused. Welcome to my life.

While our cows did in fact get necklaces, they aren’t your typical jewelry.

At the start of 2014, our farm purchased a system that monitors both activity and rumination on our cows. The system, made by SCR and sold to us by Select Sires, is called Heat Time. What does that actually mean? It means our cows now wear necklaces that help us keep them healthy and lets us know when they are ready to be bred.

I’ll break it down into two parts to explain further.

The necklace tracks activity. With the same principal as a Fitbit, cows wearing collars have their steps counted each day. This has two purposes. First, if a cow isn’t feeling well or has a sore foot, she isn’t going to move around as much as normal. Second, if a cow is in heat, meaning she is at the point in her estrus cycle where she is receptive to being bred, she tends to be a lot more active. You know, you can’t just stand still and expect love to come find you, sometimes you have to go search for it.

The necklace tracks rumination. Rumination is the fancy word for chewing cud. Cud is the unfancy word for regurgitated feed. When a cow eats, her feed goes into her stomach, which unlike humans has four compartments. As part of her normal digestion, she will eat a bunch of feed and then later bring up parts of that feed and rechew it before it goes on to be even further digested. In a nutshell, this is why cows can take foods that humans can’t get any nutritional value out of and grow to be 1500lbs.  The necklace has a microphone that picks up the sound of the cow bringing up her cud. If a cow isn’t feeling well, one of the first thing that happens is she slows down on chewing her cud. I personally am really good at spotting a cow who isn’t feeling great, but the necklace is even better at catching a cow not feeling well.  Rumination also helps us know when a cow is in heat, because when a cow is looking for love, she tends to not eat or chew cud as much. 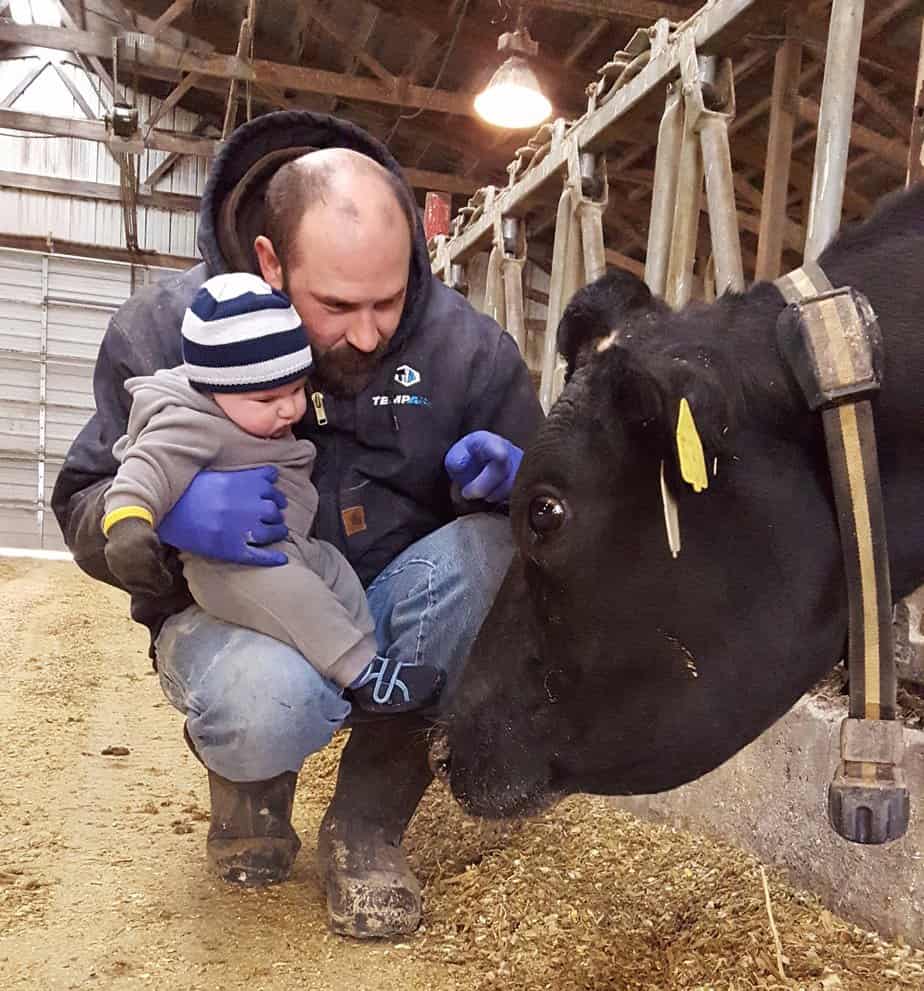 In this throwback photo you can see our cow Triscuit showing off her necklace. The box on the side of her neck is the tracker and the black piece at the bottom is a weight that helps to keep it positioned correctly. 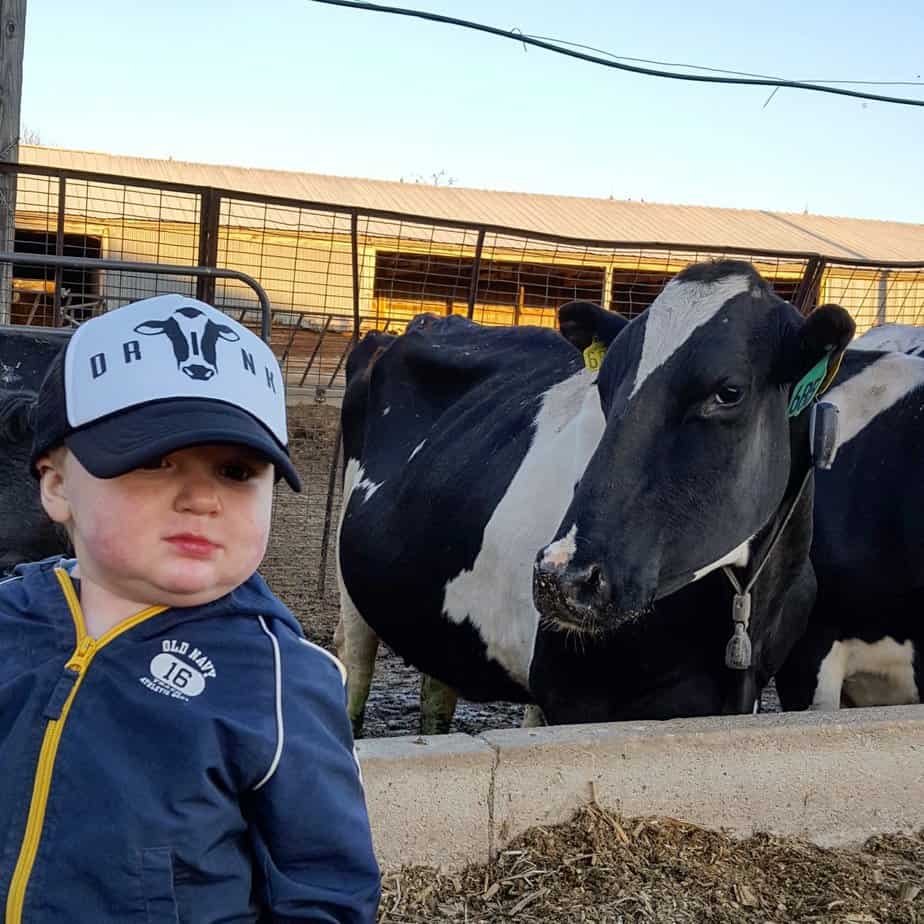 Java shows off her necklace while Silas looks at me completely unimpressed.

The necklaces track this data via magic and send it to a box in the front of our barn where we can view the data. There are several different types of systems the track activity and rumination and many of them actually send this data right to your phone, however our internet sucks (I’m looking at you Frontier) and that’s not an option for us.

When a cow shows that she is either in heat. or isn’t feeling well an alert will pop up on the screen in our barn and we know to check it out. 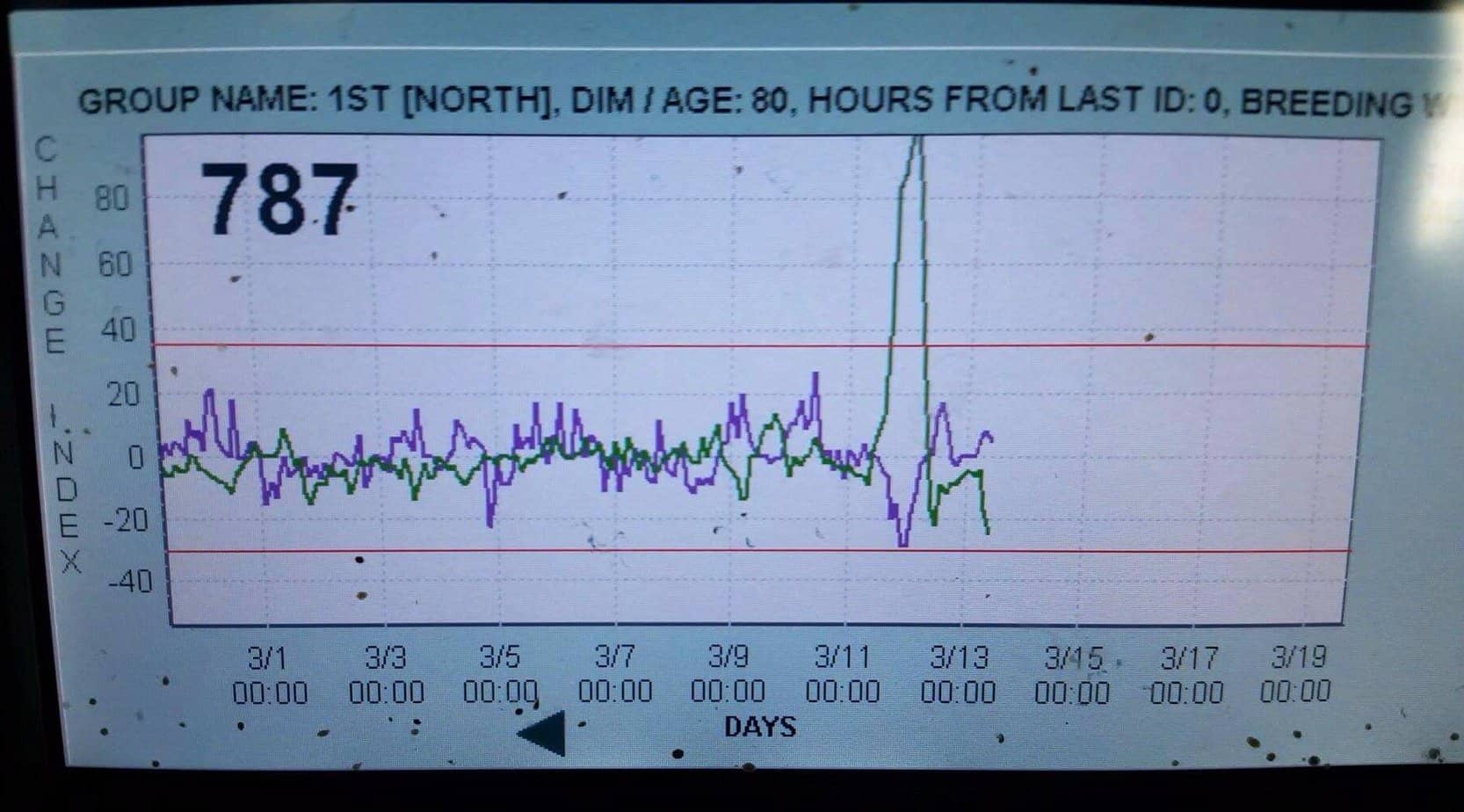 The green line shows a huge spike in activity and the purple line shows a drop in rumination. This is a pretty good indicator that 787 was feeling frisky and looking for love.

When we purchased our system we saved ourselves a little cash by not buying every cow a necklace. Right now our cows wear their necklace from a few weeks before they calve until after they are confirmed pregnant. We have had a few instances where we wished that a cow still had a collar on so that we would have caught an issue sooner. So once the milk price goes up a little, we will be spending more to make sure every cow has her own necklace.

Activity and rumination monitoring together has done a lot for our herd. Not only has it helped us identify sick cows right away, our herd’s pregnancy rate has increased about 3% (which is a lot when you’re talking pregnancy rates in cattle) because we’ve been able to catch more cows in heat. It has also confirmed my suspicion that our cows like to get their freak on in the middle of the night when we aren’t in the barns.

So now you know a little more about cow jewelry. Don’t you feel smarter?

Previous Post: « Have you met my friend Dairy?
Next Post: 10 Places to Eat in Madison During World Dairy Expo (or Anytime). »